A unique blend of Blackjack and competitive arcade fighting games

20 July 2018 Allow us to introduce you to a mashup of the unique kind: Have you ever seen 90's beat'em up arcade heroes gather to find out who is the world's leading card player? Soon you can with Super Blackjack Battle II Turbo Edition - The Card Warriors!

Don't know the fudge what we are talking about? Well, take a look at the Xbox One Release Trailer: 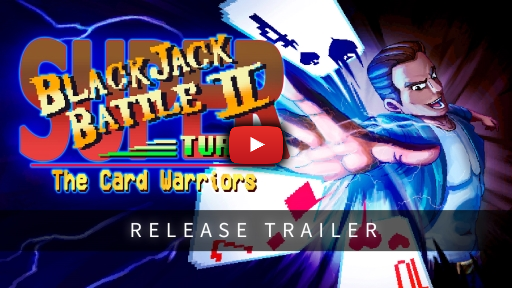 Please feel free to share the video with your community, and we appreciate the coverage. You will also find the game on the Microsoft Store. Right now, it is discounted by 20% and will be downloadable on July 25th!

17 July 2018 After Runbow's recent digital release on the Nintendo eShop and on the PlayStation®Store, 13AM, Headup and Merge Games are excited to announce the release date of the physical Deluxe Edition as well, including all DLCs available as well as two colorful sticker sets! It will be in stores on August 10th.


The DLCs included are Satura's Space Adventure as well as all 4 costumes and music packs. In addition, you'll get two fun sticker sheets.

The pricing of the Deluxe Edition will be €29.99 / $ 29.99 / £24.99 for both platforms, PlayStation®4 and Nintendo Switch™ - and it contains so much fun for the whole family! You'll also get it on Game Fairy including the soundtrack on CD as digi-pack.

Runbow features an eye-catching color mechanic that has racers brawl against each other while objects and platforms appear or disappear based on the continually changing background color. With 8-player madness locally or online, 5 game modes, 19 guest characters, hundreds of levels, and tons more content all in one unforgettable colorful game, you better get ready to Runbow!
Read more

All Headup titles discounted for up to 90%!

the Headup Midweek Madness just started, discounting Headup's whole portfolio by up to 90%! It will end on Friday, 7pm CET.


here are some examples from the sale:

Feel free posting our list on all of your social channels and please add @HeadupGames!

Slime-san: Superslime Edition is upgrading itself to the ultimate slimy package!

Superslime Edition Patch is coming to Nintendo Switch™ and Steam

11 July 2018 What does that mean exactly? That means you’ll have access to a brand new campaign expanding the game’s content by 30% and Nintendo Switch™ owners will be able to get it for 50% off, while on Steam it’s 40% off!

Are you ready for the ultimate version of Slime-san, one of the best action platformers out there? Fabraz’ Superslime Edition patch contains every content patch released thus far! That includes two brand new campaigns, tons of levels and more! In addition to that, Slime-san will be discounted by 50% for two entire weeks! There’s no better time to buy this content monster than now, it contains fun for hundreds of hours!

With the Superslime Edition, you'll get more Slime-san than ever before: Escape a giant worm's innards, play two crazy additional adventures and some brand-new levels that weren't available on other platforms before. It includes over 150 challenging levels (plus NG+) and an insane amount of features (see below) as well as a great selection of mini-games, which will take you back to the good old days of gaming.

Compete in the online rankings by completing levels as fast possible! Show everyone your top-notch gaming skills! Speaking of top-notch, did you know that the controls of Slime-san: Superslime Edition are tighter than Robin Hood's tights?! True Story! Check out the Superslime Edition Trailer. 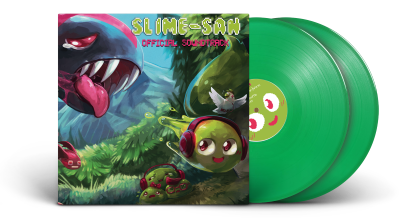 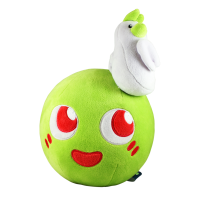 (Both available on GameFairy.io!)
What?! You’re still not convinced? Then how about this: Slime-san, according to metacritic, is currently ranked as the 31st best Switch game of 2017 and is among the top 15 best releases on the Xbox One and Playstation 4 in the last 90 days!

Huh?! You need EVEN more convincing? Well how about this:

Celebrate Independence Day with the greatest independent party game ever!

04 July 2018 13AM's and Headup's ultimate party game Runbow is available now for PlayStation®4 and Nintendo Switch™. Get it now on the PlayStation®Store ( EU / US ) and the Nintendo eShop ( EU / US ) for only $14.99 and celebrate Independence Day with the whole family playing the greatest independent party game ever!

In addition, there is a 20% Discount to all PS Plus Members.

For some extra stuff, we recommend the Extra Val-Hue Bundle for both platforms, containing Satura's Space Adventure and four content packs with 10 additional costumes and 6 new songs. Of course, you can get all this seperately, too - just check your store's page.


And don't miss the Release Trailer: 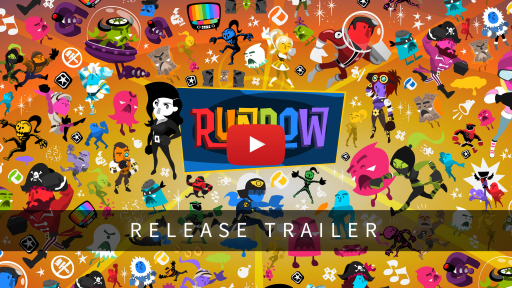 Runbow features an eye-catching color mechanic that has racers brawl against each other while objects and platforms appear or disappear based on the continually changing background color.

All multiplayer modes can be played by up to 9 players simultaneously online, while it features 8-player local multiplayer madness on Nintendo Switch as well as 4-player local chaos on PlayStation®4. Besides that, it contains several co-op modes, also playable with that amount of players, as well as a bevy of content in its single-player modes that will test the skills and minds of any seasoned platformer.

Get ready to Runbow!
Read more

Slime-san: Superslime Edition now released on PS4® and Xbox One

Check out one of the best action platformers available!

26 June 2018 Slime-san: Superslime Edition - The ultimate slimetastic adventure is now available on Xbox One and PS4®


The critically-acclaimed action-platformer Slime-san: Superslime Edition is now available for Xbox One and PS4™! Escape a giant worm's innards, two crazy additional adventures and some brand-new levels that weren't available on any other platform before!

You'll get more Slime-san than ever before: It does include over 150 challenging levels (plus NG+) as well as a great selection of mini-games, which will take you back to the good old days of gaming.

Play all levels timed with online rankings. So, for the competitive and score-oriented: show everyone your top-notch gaming skills! Speaking of top-notch: The controls of Slime-san: Superslime Edition are tighter than Robin Hood's tights!

Enjoy Slime-san's slimetastic escape, collect hundreds of apples, achievements and other collectibles and
-most importantly- don't drink too much stomach acid!

Steam Summer Sale - Headup's Whole Portfolio Discounted By Up To 90%

Check it out now!

All Headup titles discounted by up to 90%!

it's this time of the year again - the Steam Summer Sale just started, bringing gaming fans huge discounts for their new titles! Of course, Headup is participating as well, discounting their whole portfolio by up to 90%!
Read more

Get ready for one the greatest platformers of your life!