What are the most important moments of your life?

25 August 2020 Headup is delighted to announce Lost At Sea for next-gen consoles and PC. The game is currently in development by Studio Fizbin, the critically-acclaimed creators of their beloved The Inner World franchise and the studio behind the 2020 IGF honorable mention Minute Of Islands.

With their upcoming narrative adventure Lost At Sea, the developers are taking a whole new direction: first-person gameplay, free exploration and for the first time ever in their games, imminent danger!

Lost At Sea is a game about life. It's about the journey we all take and the monster we all face. Set on a beautiful island, you will fight death and fear to remember the moments that connect us all and make life worth living for every one of us. What will you remember when you play? How do you want to live your life?

Check out the brand-new gamescom trailer:

Check out the Announcement Trailer!

24 August 2020 We're going to start this year's gamescom galore with the first public announcement of our upcoming roguelike 2D arcade shooting game TinyShot, where you play as a tiny boy who made a deal with Satan to get him his lost horn back – in return he will become famous and loved.

TinyShot is being developed by the young and passionate creator Allaith Hammed “ZAX” who moved out to the Netherlands from war-torn Syria. Settling in his new home country, he decided to start working on the thing that he liked the most: creating games. At an age of seven, Allaith fell in love with video games when he played on his uncle’s PC for the first time. Since then he knew that this is what he'll be doing for the rest of his life. A few years went by and here he is, doing what the young version of him wanted to do but didn't know how. The game is his first publisher-supported commercial release and is highly inspired by the works of one of ZAX’s idol game creators Edmund McMillen

“From the minute I met Allaith for the first time, I was blown away by the high level of passion and love he is putting in his games.”, says Dieter Schoeller, founder of Headup. “TinyShot breathes the spirit of a greatly talented young creator’s mind, who hasn’t been spoiled by mainstream standards yet. TinyShot is a wild, chaotic over-the-top ride. If this game was music, I’d called it pure punk.”


TinyShot is going to release on PC in late 2020 and for consoles in 2021. Don't forget to watch and share the new trailer!
Read more

A Headup Start Into gamescom

The annual gamescom havoc is almost upon us!

These days, where a lot of people are stuck at home for the very right reason protecting each other and caring for the next human being, we at Headup are thrilled to be unleashing tons of news during the week of gamescom to keep everyone well entertained in their four walls.

With our offices pretty much right around the corner from the beautiful Cologne venue and with our hearts always beating for gamescom for many great reasons, we feel that the digital iteration of the event holds great chances for the players and the industry to take the experience of a purely digital event to the next level. This year, it’s not about who brings the biggest booth. It’s all about content, baby!

Enjoy this Lynch-esque trip on your mobile very soon

12 August 2020 August 12th, 2020 – German games publisher Headup and developer btfannounce the release date of Trüberbrook for mobile devices, which will be September the 3rd. Take a journey to a mysterious 1960s sci-fi world in which nothing is as it seems.

With its superbly unique visual style, German charm, and a thrilling story of the likes of Twin Peaks and The X-Files, Trüberbrook comes as a modern adventure game appealing to fans of the genre and everyone who likes to delve into a Lynch-esque story and a unique artistic experience. Check out the new teaser trailer: https://youtu.be/qrUR0xG3CEI

During the estimated gameplay length of 5 to 8 hours, the player takes the role of young American physicist Hans Tannhauser who, while actually on a holiday, dives into the everyday life of the eponymous village of Trüberbrook, an ageing but beautiful health resort somewhere in the densely forested countryside of West Germany. He quickly finds out he didn’t get there by accident... but to save the world!

Among other awards, Trüberbrook is a two-time winner of 2019’s prestigious German Computer Games Awards. After being nominated in four categories, it received the ‘Best Staging’ award, and was also crowned with ‘Best German Game 2019’.

Just have a look at what the developers created in the screenshots attached - piece by piece, by the sweat of their eyebrows. In these models every little detail is custom-made!

To give the game its realistic look, they illuminated each scene in a cinematic way with real film-equipment lighting in different moods. These scenes were then subsequently digitized through photogrammetry and refined. Afterwards, the digitized world got further enriched by digital reflections, real-time shadowing, particle effects, and depth of view. Dubbed by professional speakers like Justin Beard and famous German actors Jan Böhmermann, Nora Tschirner, and Dirk von Lowtzow, both the German as well as English version features high-quality and fun voice acting.

Cardaclysm: Shards of the Four Out Now on Steam!

29 July 2020 Craving for a new and unique collectable card game? We are pleased to announce the release of our single player card combat RPG Cardaclysm: Shards of the Four - hitting Steam’s Early Access on July 29.

We are excited to unlock the gates to the Dark Realms of Magic tomorrow and will expand the game further on with the help of our community on Discord, Steam, and Twitter. Regardless if you are a card game pro or a newcomer to that genre, we're looking forward to your constructive support and feedback on these channels, so feel free to join!

You will be able to find tons of artworks and the newest and closest information directly at the source of the game. You can also chat directly with us, the developers, and the community for the perfect deck strategies on our Discord server.

Get ready to delve the depths of the galactic unknown as you explore the mysterious planet Eden and try to uncover its deadly secrets. Gear up for deadly encounters by equipping futuristic weapons and upgrades as you prepare the planet for the rest of humanity’s arrival. Everreach: Project Eden will have you engaged in its gripping story and vicious combat from start to finish.

In celebration of the launch of Everreach: Project Eden, Headup has released a new trailer, available below and at this link: https://youtu.be/Ldj6CCd4qWI

A fast-paced, story-driven action RPG, Everreach: Project Eden is set on the visually stunning planet Eden. As Nora Hardwood, a member of the Everreach Corporation’s Security Division, your mission is to clear the planet for colonization and investigate recent unusual happenings on the planet’s surface.

Discover the ancient secrets of a long-forgotten civilization as you explore a vast alien world and descend into its enigmatic depths. Packed with engaging ground combat, high-speed vehicular warfare, and a compelling level and skill system, Everreach immerses you in its intriguing story and diversified gameplay.

Features of Everreach include:
Read more

Tactical Zombie Survival Action Returns - Welcome Back to the Apocalypse!

16 July 2020
Headup and developer Silent Dreams are pleased to announce the Early Access release of their tactical zombie survival horror game — Dead Age 2 for PC, Mac and Linux via Steam and GOG. As the sequel to the top-selling and highly rated Dead Age, the game has players returning to the zombie-infested wastelands that once were a thriving civilization, but are now overrun with the living dead.

Dead Age 2 follows a group of determined survivors who have fled to Freedom City in search of a cure for the plague that triggered the zombie apocalypse ten years ago. Join them on their journey for survival as they complete quests, scavenge valuable resources, and build up their base to live long enough to see the world at peace.

Tense turn-based tactical combat against gangs of looters and hordes of brain-devouring monsters can result in death for their character — permanently — while unlocking persistent upgrades can bring hope for the future of the weary group of survivors. With a branching story-line and six unique endings, every decision made counts as the player’s group must befriend other survivors, navigate difficult choices, and maybe even find romance along the way.

Check out all the gripping action in Dead Age 2 by checking out the new launch trailer: 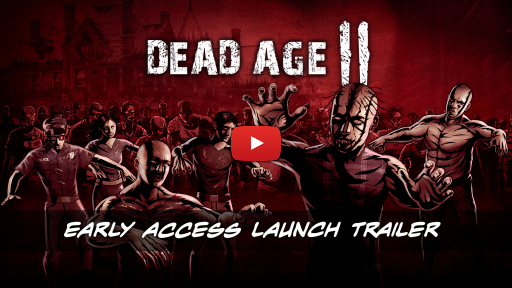 Keep up to date with Dead Age 2 by following its Discord and Headup on Twitter.
Read more

June 19, 2020 – Headup and Devespresso Games are pleased to announce that award-winning Korean survival-horror adventure, The Coma 2: Vicious Sisters, is now available on the Nintendo eShop Europe and North America for $14.99 / €14.99 / £11.99 (10% launch discount until June 26) and on the PlayStation Store.

The Coma 2 continues the dark story introduced in The Coma: Recut with a new protagonist, Mina Park, a side-character from the first game. Players unfamiliar with the first game’s story will have no trouble diving in to explore the sinister shadow realm while eluding the clutches of a relentless, psychotic slasher. Distinctly Korean with lore going back for decades, the players must balance exploration and dangerous encounters to survive the night that concludes in multiple endings and possible perma-damage.

The earlier Steam release of The Coma 2: Vicious Sisters has garnered an “Overwhelmingly Positive” Steam status with 97% of players posting positive reviews for its vibrant visuals, nightmare-fuelled narrative, and killer AI.

A release for Xbox One will take place later this year.